Once upon a time the Earth was ours to share. But after decades of heavy industrial expansion, the most pristine and untouched parts are held by just a few.

Today, 70 percent of the world’s remaining wilderness is confined to just five countries.

The reality of this widespread destruction is illustrated in a new global map of intact ecosystems entitled ‘What’s Left?’.

The answer? Not much.

Excluding Antarctica and the high seas, the research shows more than 77 percent of the land and 87 percent of the ocean has been directly modified by human activities. This means that just 23 percent of the world’s landmass can now be considered wilderness.

“These results are nothing short of a horror story for the planet’s last wild places,” says lead author James Watson, a researcher in biodiversity and conservation at the University of Queensland. 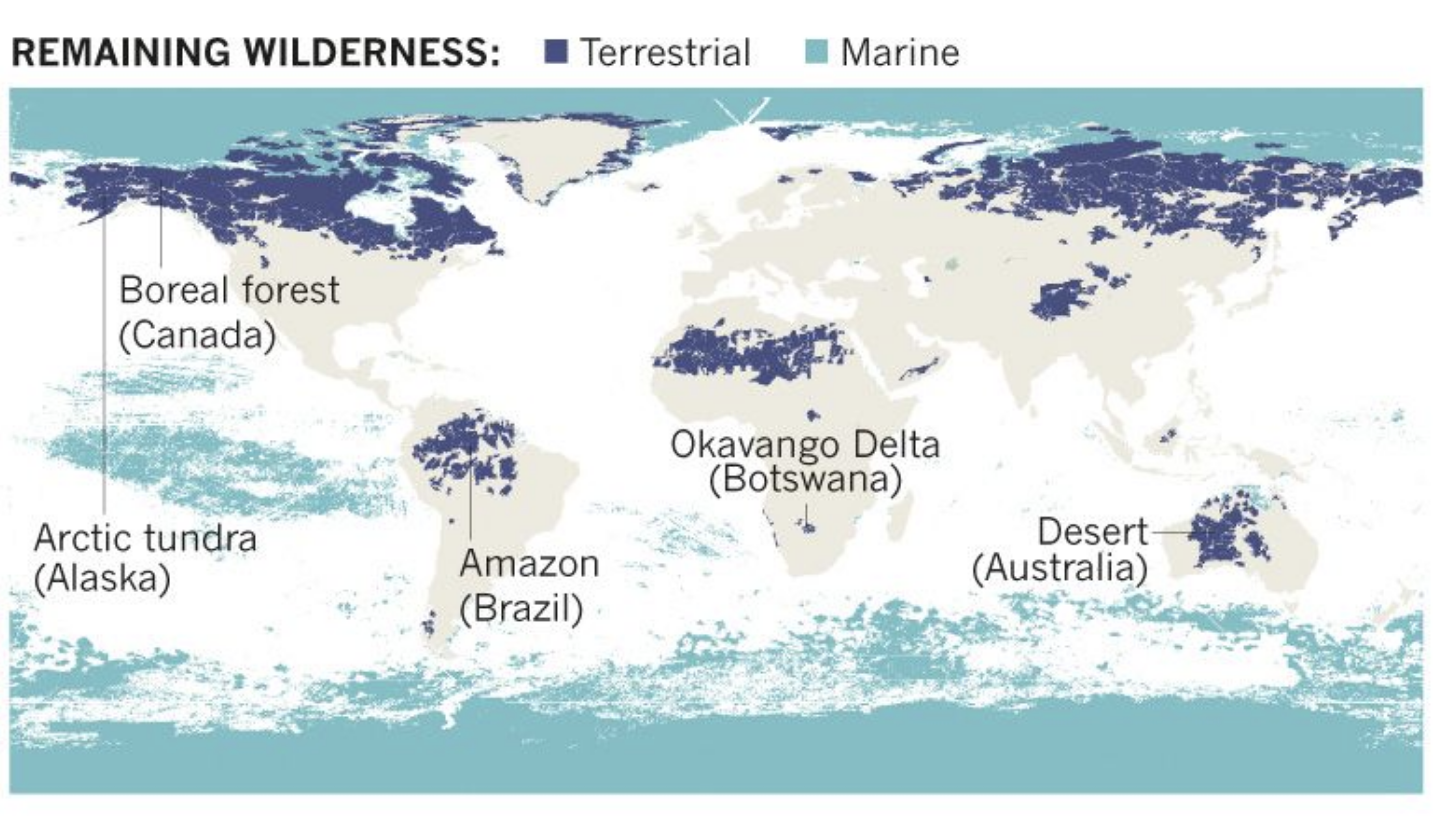 To figure out who is responsible for the remaining wilderness, researchers from the University of Queensland (UQ) and the Wildlife Conservation Society (WCS) created a global map and intersected it with national borders.

Incredibly, the findings reveal that just 20 countries are responsible for 94 percent of the world’s wilderness.

And those nations that claim the top five spots, including Russia, Canada, Australia, the United States and Brazil, are home to the vast majority.

These five countries will have an inordinate role to play in the future of our planet.

Because if nature’s last strongholds are not protected, the fallout could be enormous. These areas of wilderness not only provide refuge for many animal and plant species, they also store vast amounts of carbon and are a crucial buffer against climate change and other human impacts.

But preserving these areas will come at a cost. Countries will have to limit the expansion of their infrastructure and reign in large-scale developments in mining, forestry, agriculture, aquaculture and industrial fishing.

“Wilderness will only be secured globally if these nations take a leadership role. Right now, across the board, this type of leadership is missing,” says co-author John Robinson, a primatologist and the WCS Executive Vice President for Global Conservation.

“Already we have lost so much. We must grasp these opportunities to secure the wilderness before it disappears forever.”

The authors are calling for an “international policy framework” that will protect 100 percent of the remaining wilderness.

They are also urging officials to include the preservation of intact ecosystems in the United Nations’ Strategic Plan for Biodiversity and the Paris climate agreement.

“The loss of wilderness must be treated in the same way we treat extinction,” says Watson.

“There is no reversing once the first cut enters. The decision is forever.”

This study has been published in Nature.

Ant Babies Ooze a Weird Kind of ‘Milk’, And The Whole Colony Slurps It Down
These Depressing Images Show What We’re Not Seeing in The Night Sky
A Gas Giant Exoplanet Has Been Discovered With Twice The Density of Earth
The Yellowstone Supervolcano Holds Way More Liquid Magma Than We Realized
Giant Asteroid Unleashed a Devastating Martian Megatsunami, Evidence Suggests