Even after more than 20 years in the ocean, everyday plastics can show very few signs of breaking up or degrading, according to a new study examining the effects of deep-sea submersion on this problematic material.

Researchers looked at two plastic samples recovered from 4,150 metres (13,615 feet) below the surface of the eastern Pacific Ocean, finding that the majority of the plastic was still fully intact, and had also influenced microbial communities growing on the plastic surface.

While it isn’t difficult to find plastic in the oceans, it can be difficult to accurately date it, so the findings serve as an important warning about just how long plastic can stick around once it’s been dumped into the sea.

“The present study results represent, to our knowledge, the first data set reliably integrating the fate and ecological function of plastic over a time interval of more than two decades under natural marine deep-sea environmental conditions,” write the researchers in their published paper. 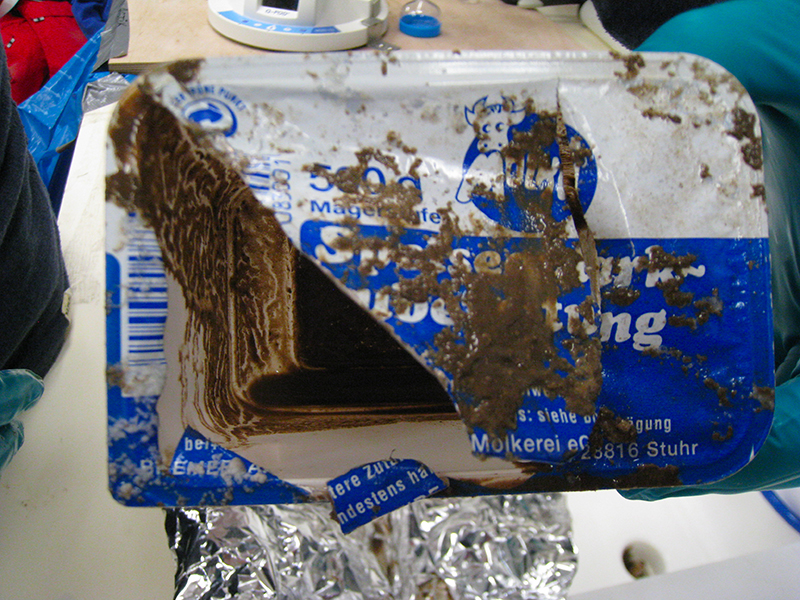 One of the recovered objects. (Matthias Haeckel/GEOMAR)

A food container and a Coca-Cola can wrapped in a plastic bag were the discarded items recovered by the researchers, found among many others observed on the sea floor.

Thanks to a code and brand name on the container, and the fact the can was part of a limited edition run, the team was able to date the items to between 1988 and 1996.

While the aluminium of the Coca-Cola can would have ordinarily wasted away, the plastic bag did a very good job of preserving it – so much so that the can’s label was still clearly visible. After recovering these two items, the scientists were able to run a chemical and bacterial analysis of the objects.

“It turned out that neither the bag nor the curd box showed signs of fragmentation or even degradation,” says biogeochemist Stefan Krause from the GEOMAR research institute in Germany.

Even though the container and the bag were different shapes and were made from different types of plastics, their impact on the surrounding bacteria was the same, the scientists found – the microbial diversity was much lower on the plastic than in the surrounding seafloor sediments.

We already know that hazardous chemicals leach out from plastic submerged in water, and that may be what’s happening here. The researchers do point out, however, that two plastic objects constitute a very small sample size, so further studies are going to be required here. 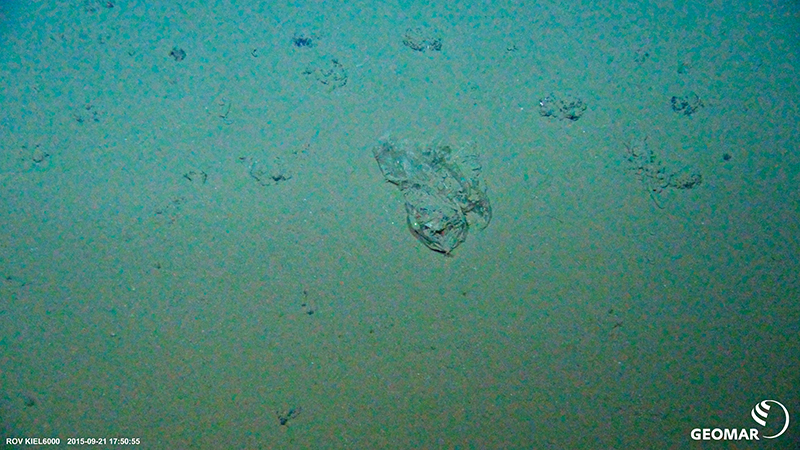 The original site of the plastic. (ROV-Team/GEOMAR)

The team of scientists was actually in the area to investigate how mining manganese nodules from the seafloor might affect the ocean environment, so the accidental discovery of the plastic – and the fact that it could be so accurately dated – means we’re lucky to have these findings at all, even if the results themselves are discouraging.

While work continues on dealing with our plastic problem – more than 60 percent of floating debris in the ocean is thought to be plastic – next up for the research team is a project looking in more detail at where the plastic dumped in the ocean actually ends up.

“This study builds also an important basis for our new project HOTMIC [Horizontal and Vertical Oceanic Distribution, Transport, and Impact of Microplastics], where we aim to trace the plastic waste entering the ocean from the continents to the large oceanic eddies and further to their final sink, the abyssal seafloor,” says GEOMAR marine scientist Matthias Haeckel.

The research has been published in Scientific Reports.

Could ‘The Last of Us’ Ever Happen? The Real Risks of a Fungus Pandemic
Intriguing Meteorite From Mars Reveals ‘Huge Organic Diversity’, Scientists Say
Tiny Radioactive Object Goes Missing in Australia, Sparks Urgent Search
Astronomers Studied More Than 5,000 Black Holes to Figure Out Why They Twinkle
Lightning Strikes Create a Strange Form of Crystal Rarely Seen in Nature