While a team of researchers from the US Geological Survey (USGS) was analysing rainwater samples for nitrogen pollution, they found something they weren’t expecting – plastic.

In a new report, aptly titled “It is raining plastic”, the team explain that plastics were identified in over 90 percent of the rainwater samples they took at eight different sites, most of which are between Denver and Boulder, Colorado.

While it wouldn’t be surprising for microplastics to contaminate most sample sites, considering the abundance of plastic in urban locations, some of these sites are remote. One of them, called CO98, is 3,159 metres (10,400 feet) above sea level in the Rocky Mountains.

Not an easy place to leave plastic.

“More plastic fibres were observed in samples from urban sites than from remote, mountainous sites,” the team explains in the report.

“However, frequent observation of plastic fibres in washout samples from the remote site CO98 at Loch Vale in Rocky Mountain National Park suggests that wet deposition of plastic is ubiquitous and not just an urban condition.”

The team found mostly strands of plastic – they look suspiciously like microfibres from synthetic materials, such as those that make up a lot of clothes. There was also a number of colours – blue was the most common, but red, silver, purple and green were also found. 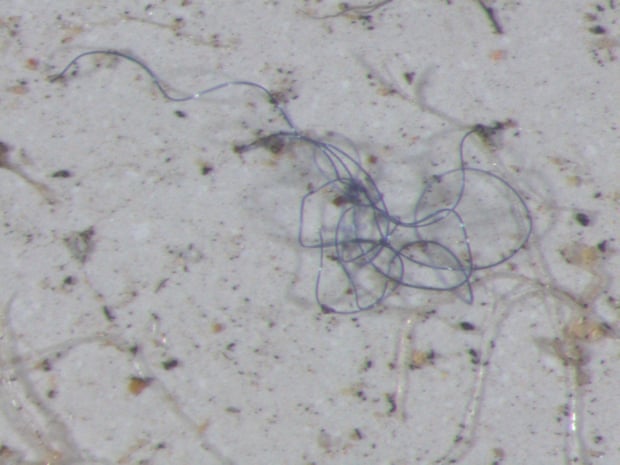 The plastic pieces are small – visible under at least 20 times magnification only – but that still doesn’t mean this isn’t important.

Humans are consuming at least 70,000 microplastic particles a year (probably way more), and our oceans are currently under the strain of millions of tonnes of the stuff.

“I think the most important result that we can share with the American public is that there’s more plastic out there than meets the eye,” one of the researchers and USGS research chemist Gregory Wetherbee told The Guardian.

This isn’t the first paper to look at microplastics ending up in unexpected environments. A paper published in Nature Geoscience earlier this year found microplastics in the French Pyrenees, and estimated that microplastics could be travelling up to 95 kilometres (60 miles) through the atmosphere.

Unlike in that study, the researchers of this USGS report weren’t equipped to find out how or why the plastic ended up in these areas – after all, they were trying to study nitrogen pollution.

“This study was not designed for collecting and analysing samples for plastic particles. The results are unanticipated and opportune,” the team explains.

“It is raining plastic. Better methods for sampling, identification, and quantification of plastic deposition along with assessment of potential ecological effects are needed.”

The report has been published by USGS and can be found here.