It was the largest, most elaborate society the Americas had ever seen. And it was about to come to an abrupt end.

By the Late Horizon of the Inca Empire, the epic civilisation stretched all the way from Colombia in the north to Chile in the south. Imperial fortunes would soon change – violently, at the hands of Spanish conquistadors – but before the curtain fell, the kingdom was truly vast.

How did the Inca maintain their grip over such an expansive, disparate empire?

With force, and the gruesome threat of it, a new study suggests.

By the Late Horizon (1476 CE to 1534 CE), “new forms of ideological violence” were emerging at the fringes of the Inca Empire, researchers say in a new paper.

Evidence of this – according to a team from the Museo Nacional de Historia Natural in Chile – comes in the form of the “performative use of modified severed heads”, which could been one way the Inca kept locals in line at the periphery of their huge pre-Columbian realm. 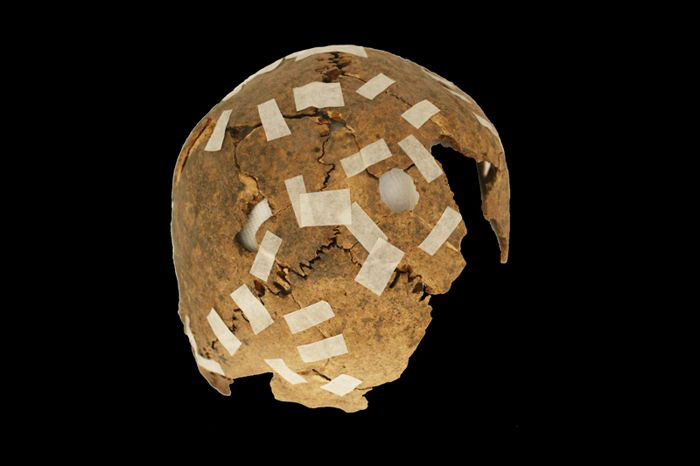 Anthropologists Francisco Garrido and Catalina Morales analysed four severed and fragmented skulls dated to the Late Horizon era, which were buried in isolation among trash and without their bodies in Copiapó Valley in northern Chile.

According to the researchers, these decapitated heads reveal modifications including orifices in the cranium vault and defleshing marks in the mandible. The team suggests these marks indicate the skulls were most likely mounted as “trophy heads, used in ritualistic displays of power over local subjects of the new imperial provinces”.

The trophy heads were discovered in a prehispanic village called Iglesia Colorada, the largest settlement in Copiapó Valley, a region the Inca mined for copper.

The skulls were excavated in 2003, found buried amid a large concentration of domestic refuse, at a distance from the village’s cemetery area. Despite poor preservation, it’s estimated three of the skulls came from young females aged between 16 and 30, while another nearby skull, also featuring circular perforations, is thought to have come from an individual aged 11 to 13.

In addition to these four skulls analysed in the current study, the researchers say at least five other severed skulls have been found at the same archaeological site.

Although they acknowledge it’s impossible to know for sure, the researchers say the decapitated heads and their distinctive modifications are strongly indicative of their use as grim trophies.

“We argue that the observed pattern of severed head modification may represent new ideological efforts for controlling possible social unrest, which was especially likely considering the distance of the site from major imperial centres,” the authors write.

“Thus, the performative use of shocking and powerful displays of violence may have helped demonstrate political control and ensured compliance with Inca rule.”

It’s possible, the researchers suggest, that Iglesia Colorada represented a pocket of resistance to Inca rule, located as it was at the distant edge of the empire.

Contemporaneous burials in the village did not include Inca pottery in the graves, which the researchers say “may be interpreted as a form of resistance to domination”.

Amidst this fraught backdrop, it may be that the local Inca authorities or their representatives targeted weaker members of the village – women and children, whose bones revealed signs of illness and nutritional deficiencies – to use as the tools of their terrible propaganda.

“The selection of female individuals with nutritional stress, in preference to young males in good health condition, may be related to the state’s interest in not affecting the labor structure of the population serving as taxpayers in their corvée labour system,” the researchers explain.

“Trophy heads could be a mode of repressing … internal tension and conflict, before it increased to levels that could threaten the imperial rule in this far provincial context.”

If the researchers are right, this reign of terror and coercion did not have long to last – before it was replaced by something equally brutal.

By 1530, the Inca Empire had reached its greatest extent. Two years later, the Spanish conquest would begin.

The findings are reported in Latin American Antiquity.