At its peak, the ancient city of Teotihuacán in what we now know as Mexico boasted an estimated 125,000 inhabitants, making it one of the busiest hubs of the old world.

Nobody knows for sure where that thriving populace disappeared to, but the discovery of a secret tunnel and chamber buried beneath the city’s Pyramid of the Moon offers new clues on how the ancient Mesoamerican culture may have viewed their final destination.

“These large offering (ritual) complexes are the sacred core of the city of Teotihuacán,” says archaeologist Verónica Ortega from the National Institute of Anthropology and History (INAH) in Mexico.

“All people considered it the mecca of civilisation, hence what can be found inside can help unravel the relationships this ancient metropolis had with other regions of Mesoamerica.”

In an official announcement of findings hinted at in 2017, researchers from INAH and the National Autonomous University of Mexico have shed light on recent and new discoveries made under the Pyramid of the Moon, which was constructed as far back as the third century CE. 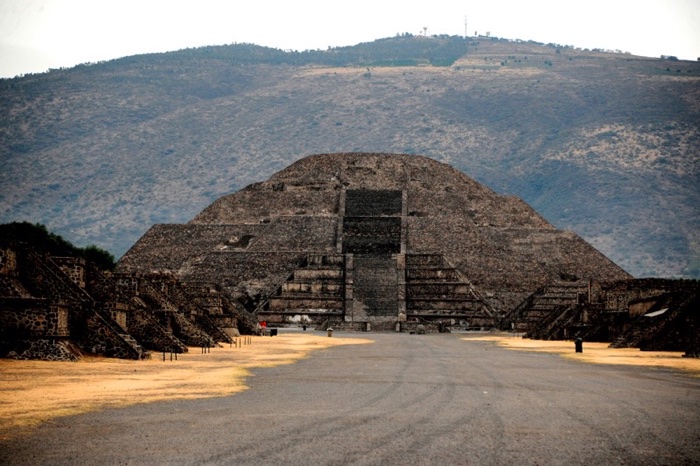 It’s not yet known for sure what kind of purpose the chamber served, but the researchers suggest it may have possibly been some kind of funerary space, hosting sacred rituals.

In addition to the chamber, the team found a tunnel linking the space to the ancient city’s Plaza of the Moon – a possible passageway to the ‘underworld’, in which Teotihuacán’s inhabitants made offerings in accordance with their views on death and the afterlife. According to Ortega, previous archaeological explorations in the pyramid uncovered tunnels containing skeletons and what could have constituted offerings – objects made with green stone, including necklaces and mosaics.

“So it is not difficult to think that something similar could be found in the subsoil,” Ortega says.

If subsequent archaeological excavations – which haven’t yet been confirmed – indicate the tunnel and passage are for the purpose of funerary giving rituals, it would suggest another function served by these massive pyramid structures, which have been researched for hundreds of years, but still contain many mysteries.

“The discovery would confirm that the inhabitants of Teotihuacán followed the same pattern in their large-scale temples, and that their function would be to emulate the underworld,” Ortega said in July 2017.

Scientists Reveal The Most Precise Map of All The Matter in The Universe
The Mysterious Asymmetry of Jupiter’s Asteroids May Finally Be Explained
Ancient Goo Spills The Secrets of How The Egyptians Mummified Their Dead
Could ‘The Last of Us’ Ever Happen? The Real Risks of a Fungus Pandemic
Bigfoot Has a Very Simple Explanation, Scientist Says