In a time of ancient gods, warriors and kings, the tale of a tribe of warrior women was established in Greek mythology. Said to be daughters of the gods, these fierce female fighters from Asia Minor have caught people’s imaginations for centuries and still permeate through popular culture today as legendary Amazon warriors.

For a long time these warrior women were assumed to be figments of ancient imaginations, but archaeological evidence has since revealed that the warrior women, who may have inspired these myths, really did exist.

Late last year, an archaeological discovery of two women thought to be nomadic Scythians from around 2,500 years ago (4th century BCE) was revealed. They were buried in what’s now the western Russian village of Devitsa, with parts of a horse-riding harness and weapons, including iron knives and 30 arrowheads.

“We can certainly say that these two women were horse warriors,” said archaeologist Valerii Guliaev of the Russian Academy of Sciences’ Institute of Archaeology at the time. 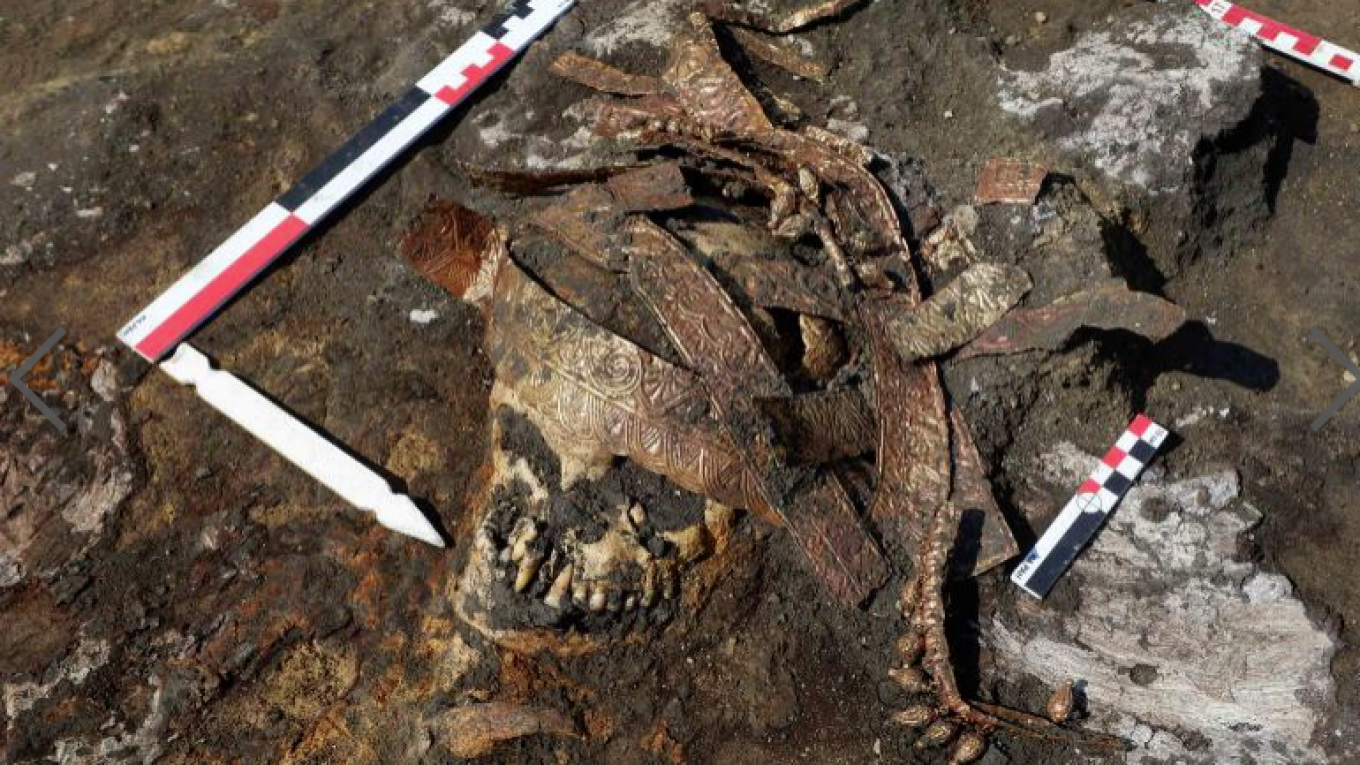 The Scythian remains with the headdress. (Institute of Archaeology, Russian Academy of Sciences)

They were found in a burial mound with two other women – one aged between 40-50 years old, who wore a golden headdress with decorative floral ornaments. The other, aged 30-35, was buried alongside two spears and positioned like she was riding a horse.

“During the last decade our expedition has discovered approximately 11 burials of young armed women. Separate barrows were filled for them and all burial rites which were usually made for men were done for them,” explained Guliaev.

Plate from headdress made from an alloy of 65-70 percent gold. (Institute of Archaeology, Russian Academy of Sciences)

Now, another team from Russia has mapped the genome of 2,600-year-old Scythian remains that had been discovered in a wooden sarcophagus with an array of weapons back in 1988.

“This child was initially considered to be male because with him were found characteristics [usually attributed to male] archaeological finds: an axe, a bow, arrows,” archaeologist Varvara Busova from the Russian Academy of Sciences told ScienceAlert.

But the child’s DNA revealed the remains were actually female. “That means we can say with some probability that [Scythian] girls have also participated in hunting or military campaigns,” Busova added.

The warrior girl was buried in Siberia’s modern-day Tuva republic, with an axe, a birch bow and a quiver with ten arrows – some wood, bone or bronze tipped. Due to the larch coffin sealing tightly against fresh air, her remains were partially mummified.

“This young ‘Amazon’ had not yet reached the age of 14 years,” said lead author of the new research, archaeologist Marina Kilunovskaya from the Institute for the History of Material Culture, Russian Academy of Sciences.

The girl was clothed in a long fur coat, a shirt, and trousers or a skirt. Using a scanning electron microscope ,the researchers found her coat was composed of a patchwork of skins from a rodent related to Jerboa. And carbon dating of other grave items placed the burial complex from 7th-5th centuries BCE, which is early Scythian times.

Busova said the research team would now like to get more accurate dating of the young warrior girl’s remains, investigate the composition of the metal grave objects, and work to restore and conserve what they have found. They’re also hoping CT scans of the remains may give them clues on how the young female warrior died. 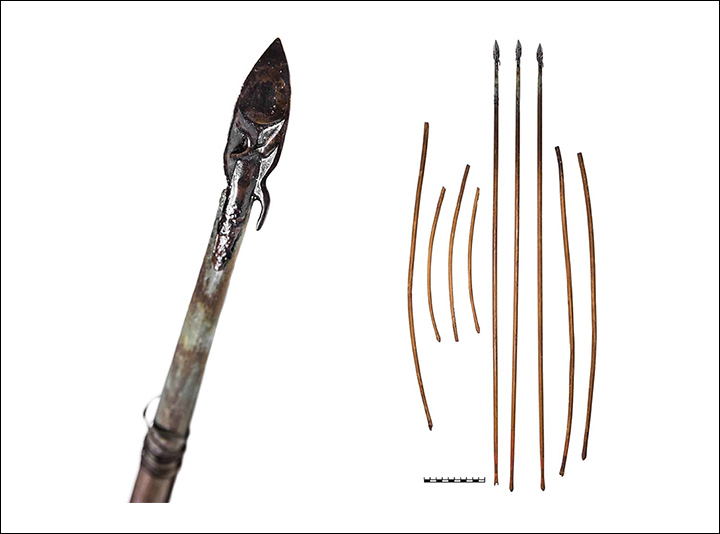 The finding “unwittingly brings us back to the myth about the Amazons that have survived to this day thanks to Herodotus (Herod. IV: 110-118),” the team wrote in their paper.

The ancient Greek historian Herodotus claimed Amazons fought the Scythians, but it seems they could actually be the Scythian women who trained, hunted and fought alongside their male counterparts.

“About one-third of all Scythian women are buried with weapons and have war injuries just like the men,” historian Adrienne Mayor told National Geographic in 2014.

“They lived in small tribes, so it makes sense that everyone in the tribe is a stakeholder. They all have to contribute to defence and to war efforts and hunting.”

Through the centuries, myths of the Amazons have been embellished with outrageous claims, from cutting off their own breasts to improve their archery, to murdering their male children.

But we now have the opportunity to learn more about the true female warriors behind the myths thanks to modern archaeological studies and DNA techniques.

The new study was published in Stratum Plus.

A Hidden Food Web Exists in The Desert, And It Thrives on Death
Astronomers Find What May Be a Habitable World 31 Light-Years Away
Scientist Accidentally Discovers The Oldest Brain of Any Vertebrate
Incredible ‘Fairy’ Robot Sails on The Breeze Like a Floating Dandelion
An Incredible Thing Happens When Dolphins And Humans Team Up