What can be done with the deserted land in Ukraine after Chernobyl’s catastrophic nuclear disaster? Three decades on, researchers have an idea.

A team of British scientists worked alongside colleagues in Ukraine to produce the vodka, made with grain and water from the abandoned region, on a farm near the site of the 1986 accident.

But for those interested in consuming the product, one key question lingers: Is it safe?

According to Prof. Jim Smith of the University of Portsmouth, the product has been put through aggressive testing and is free of radioactivity: “This is no more radioactive than any other vodka. We’ve checked it,” reassured Smith. “We’ve had two of the best laboratories in the world looking to see if they can find any radioactivity from Chernobyl and they haven’t found any.”

Currently, only one bottle of the vodka exists, but that is likely to change.

“This is no more radioactive than any other vodka”

Would you drink vodka from Chernobyl? 🍸

The team behind the new beverage hopes to use profits from future sales to help wildlife conservation and communities still affected by the disaster. Smith says there are plans to create “the Chernobyl Spirit Company,” which will produce and begin selling the spirit once all outstanding legal inquiries are completed.

“This might just be the most important bottle of vodka in the world. Not for what it is but for what it represents,” Smith said in a video. “Hopefully we can give back 75 percent of the profits from the enterprise to the local community to support their economic and social development. 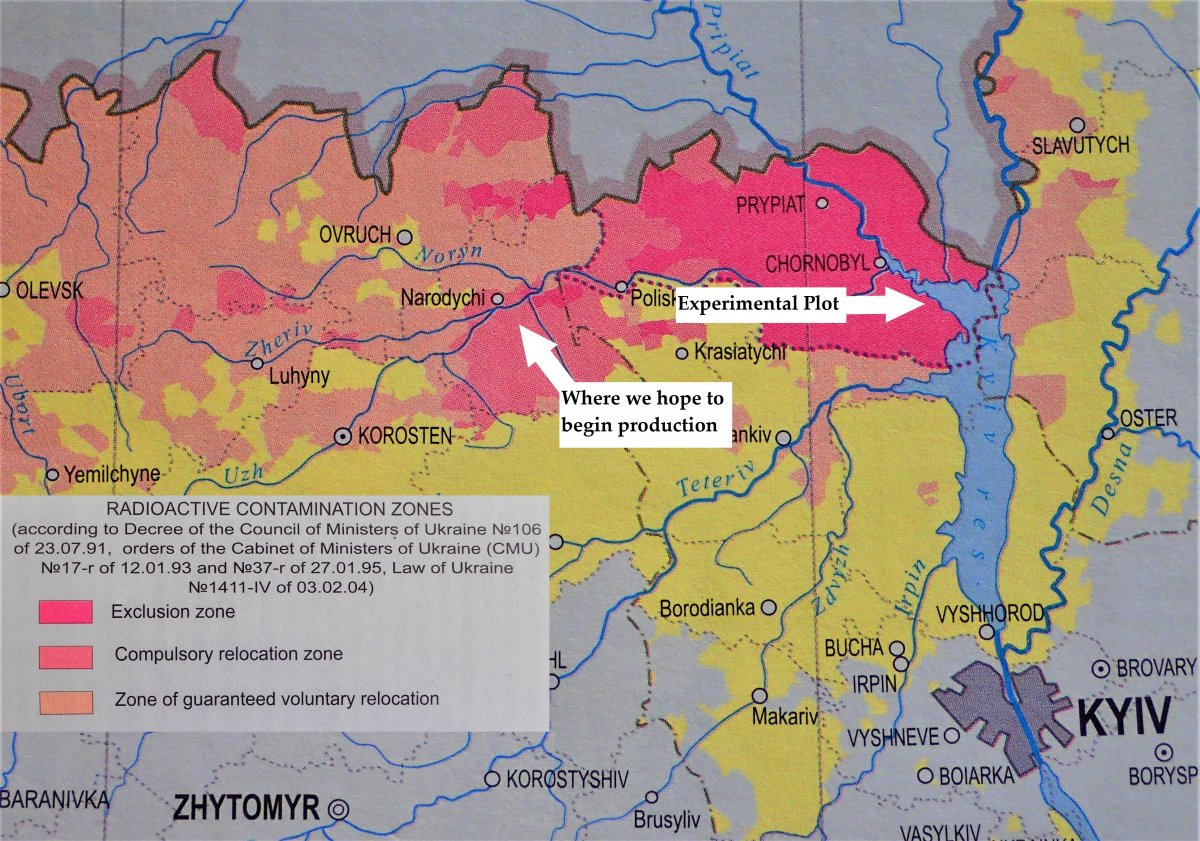 “Many thousands of people are still living in the Zone of Obligatory Resettlement where new investment and use of agricultural land is still forbidden,” he continued.

Explaining the process behind how “Atomik” vodka is made, Smith said: “We took rye that was slightly contaminated and water from the Chernobyl aquifer and we distilled it.”

While the university says “some radioactivity” was found in the grain, the process of distillation reduces impurities, meaning that when researches tested the vodka, they detected natural Carbon-14 radioactivity at the same level as other spirits.

Smith thinks that the team’s research supports the idea that 33 years after the disaster, many areas that were once deserted could now be used to grow crops that are safe for consumption.

“We don’t think the main Exclusion Zone should be extensively used for agriculture as it is now a wildlife reserve,” Smith said. “But there are other areas where people live, but agriculture is still banned.”

After the series of explosions at the power plant, around 300,000 residents were forced to evacuate their homes, and radiation from the disaster was detected across Europe as well as in Russia and Belarus.