It was time to move. Humans were heading out of Africa and journeying into Arabia, the first leg of a giant procession known as the Southern Dispersal – the most recent wave in the great ‘Out of Africa’ migration of our ancestors.

New discoveries in this context are continually charting unexpected paths that challenge our understanding of this saga, forcing us to rethink this complex chapter of prehistory.

Yet, we have enough information to know that the Southern Dispersal was something that happened – and that the environments of Africa and Arabia did not make things easy for those on the road.

In this period – roughly 65,000 to 55,000 years ago – the region was marked by severe aridity, which would have led to a scarcity of vegetation, and resulting shortages of large terrestrial mammals for ancient hunter-gatherers to hunt.

This raises the question: what did those trekking out of Africa eat during the Southern Dispersal, as they migrated from East Africa to Arabia, crossing the Red Sea at what we now know as the Bab-el-Mandeb strait?

The answer, some think, was marine food sources, with the ocean providing vital sustenance at a time when the land could not. But researchers have been debating the solidity of this hypothesis, given we don’t have much in the way of firm evidence for it, especially since coastal locations from this ancient period are now submerged due to higher sea levels.

“Little is known about how substantial past marine food resources were and in turn how viable a coastal subsistence was,” a research team, led by coastal archaeologist Niklas Hausmann from the University of York in the UK, writes in a new paper.

“It is vital to understand their usefulness and their limits for a nuanced interpretation of past human subsistence and in turn long-term mobility of human migration patterns.”

In their new study, Hausmann and team analysed shell remains from over 15,000 specimens of Conomurex fasciatus, a species of sea snail that lives in the Red Sea. The remains examined, taken from a cluster of shell middens - human dumping grounds – on the Farasan Islands of Saudi Arabia, date to approximately 7,000 to 5,000 years ago. 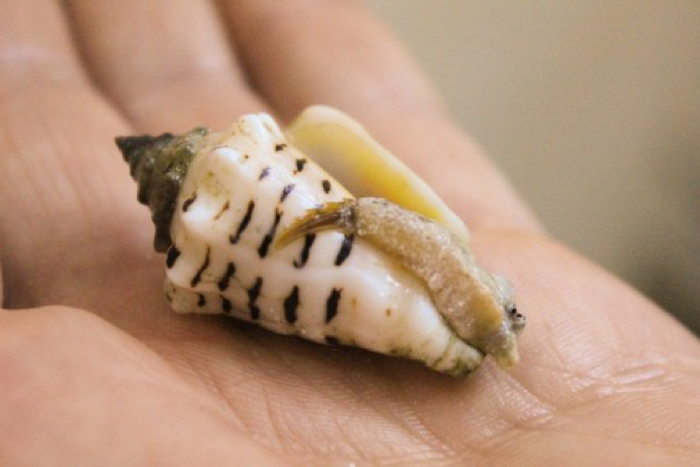 This makes them much more recent than the remains of shellfish consumed 70,000 to 50,000 years ago, but from about 8,000 years ago, the Red Sea region exhibited similar aridity to what was seen during the Southern Dispersal, making the newer deposits a fair analogue for the environmental conditions of the great migration.

Importantly, the communities responsible for the relatively recent middens weren’t going lightly on their feasts. So, if they could chew through mountains of sea snail each year without making a noticeable dent, our more ancient human travellers could have fed themselves easily, too.

What the researchers were looking for were significant variations in shell size amongst the thousands of mollusc remains, which would indicate that human harvesting of the animals was taking a toll on their population, potentially affecting their abundance and usefulness as a sustainable food resource.

If evidence for that could be seen in the gastropods from 7,000 to 5,000 years ago, it might discredit the suggestion that travellers during the Southern Dispersal much longer back were able to rely upon food sourced from the Red Sea – but the team found no signs of that, which lends weight to the idea that an abundant population of shellfish could have fed humans up to 70,000 years ago, much as it did in more recent times.

Even during intensive year-round harvesting over long and arid periods, the shellfish populations did not seem to be adversely affected by humans consuming them.

“Our data show that at a time when many other resources on land were scarce, people could rely on their locally available shellfish,” says Hausmann.

“Previous studies have shown that people of the southern Red Sea ate shellfish year-round and over periods of thousands of years. We now also know that this resource was not depleted by them, but shellfish continued to maintain a healthy population.”

While we can’t take this as hard proof that those who dispersed out of Africa long ago ate the same fare to survive in hard conditions, it could be the best evidence yet to suggest that’s exactly what they did.

“We can assume that these practices could have been employed without difficulty by anatomically modern humans and that molluscs were likely consumed where available,” the researchers explain.

“The implications of having a resilient, abundant, predictable and easily accessible coastal resource at one of the important nodes of human mobility – the southern Red Sea – add an extra dimension to the study of Out Of Africa.”

The findings are reported in Quaternary International.

Ancient Maya Cities Appear to Have Been Riddled With Mercury Pollution
We Just Got Our Closest View of Europa in 20 Years, And We Can’t Stop Staring
These Are The Most Distant Star Clusters Ever Seen, And We Nearly Missed Them
Biology Inspires a New Kind of Water-Based Circuit That Could Transform Computing
The World’s First Cloned Wolf Has Reportedly Been Born in China, And It’s Adorable