Chocolate is not a new thing. The delicious, addictive treat we know today has long been traced to the ancient peoples of Central America, as far back as 4,000 years ago.

But new research indicates chocolate’s origin story is actually far, far older than this – and suggests it was domesticated somewhere else entirely, south of the indigenous cultures of Mesoamerica.

According to a new international study co-led by researchers from the University of British Columbia in Canada, ancient chemical residues coating ceramic artefacts discovered in the highlands of Ecuador form strong evidence Theobroma cacao (aka the cacao or cocoa tree) was in use in South America as far back as 5,450 years ago.

“Our findings represent the earliest known use of T. cacao in the Americas, the first directly dated archaeological example of its use in South America, and support genomic studies indicating this region as a centre of domestication of T. cacao from Ecuador,” the authors write in their paper. 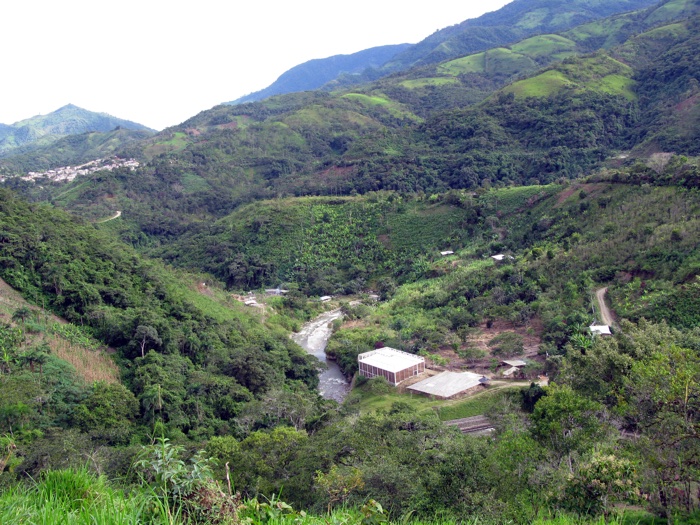 The roots of the study began in research looking for evidence of starch grains at the ancient site of Santa Ana-La Florida (SALF) in Ecuador, an archaeological preserve of the ancient Mayo Chinchipe culture.

Anthropological archaeologist Sonia Zarrillo had already found evidence of maize, beans, manioc, and chilli pepper in ceramics recovered from the site, but it was only when fellow researcher and anthropologist Michael Blake asked her to check for traces of T. cacao that they got a new lead on the origins of chocolate.

“We knew Sonia’s discovery of Theobroma starch in SALF pottery was important,” Blake told ScienceAlert, “because no archaeological evidence of cacao use in South America had ever been previously reported, even though botanists had long known that Amazonia held the greatest number of Theobroma species and T. cacao varieties.”

This preliminary evidence of cacao use some 15 centuries prior to the conventional view piqued their interest, hinting chocolate’s origins lay significantly south of the traditional narrative.

If true, this could mean chocolate started out in the upper Amazon first, then was somehow traded or transported northwards into Colombia, Panama, before eventually reaching Central America and Mexico, Blake says.

To test their hypothesis, the team began comprehensively testing ceramic vessels and stone artefacts recovered from the SALF site, finding not only evidence of T. cacao starch grains, but residues of biomolecules found in the plant (including theobromine, theophylline, and caffeine), along with DNA evidence of T. cacao. “Our evidence shows that the Mayo-Chinchipe people were definitely using the seeds (because these contain the starch grains) and very likely the sweet pulp that surrounds the seed as well,” Blake explains.

“Because the evidence we have comes from pottery vessels, including elaborate stirrup spout bottles, we can infer that people were preparing beverages. Since these ceramic vessels are found in ceremonial locations at SALF, including as offerings in tombs, it is likely that cacao was an important component of ritually significant drinks.”

However, chocolate consumption amongst the ancient Mayo-Chinchipe may not have been reserved solely for ritual purposes. Fragments of non-elaborate domestic pottery also showed traces of T. cacao, indicating chocolate intake could also have been a more common, everyday activity.

As for how the domesticated T. cacao made its way northward after this Ecuadorian period, the researchers aren’t sure.

It’s possible the crop may have been slowly distributed through Colombia and Panama, with people growing it in orchard gardens. Or traders might have carried live plants (seedlings) over long distances, including by sea, on voyages up and down the Pacific or Atlantic coasts.

“We don’t have any evidence for these scenarios,” Blake says, “but we do know that similar practices took place with the Micronesian and Polynesian seafarers who populated the Pacific Islands long prior to the advent of European explorers.” By pushing chocolate’s origins back some 1,500 years or so in one go, it may seem like we’ve found the actual starting point of this delicious and important food that’s been such a vital mainstay of human cultures for thousands of years.

But perhaps not. It’s possible future archaeological research may uncover even earlier scenarios, as the plant is such an obviously appealing one for us humans.

According to Blake, any sites with pottery and grinding stones could be expected to yield some residues, since pottery is a “good medium” for preserving them – despite the humid tropics being a tough place when it comes to the preservation of organic matter.

“It is such an obvious and alluring plant,” he says.

“With its prominent pods growing right out of the trunk and main branches – all within easy reach – and its sweet pulp, that the very first people to occupy the tropical forests of South America would likely have used it.”

The findings are reported in Nature Ecology & Evolution.

Wildfire Destruction in The Western US Has Doubled in Just 10 Years
Ancient Goo Spills The Secrets of How The Egyptians Mummified Their Dead
Lightning Strikes Create a Strange Form of Crystal Rarely Seen in Nature
A Billion-Dollar Biotech Company Plans to Bring The Dodo Back to Life
Black Swans Could Be Entirely Wiped Out by a Single Virus, Scientists Warn