The deep-sea experts discovered fragile coral and sponge communities including 10 bamboo corals, four octocorals, one brittle star and 11 sponges – as well as four new species of crustacean known as squat-lobsters – the Galapagos National Park (GNP) said in a statement.

“These discoveries include the first giant solitary soft coral known for the Tropical Eastern Pacific, a new genus of glass sponge that can grow in colonies of over one meter in width and, colorful sea fans that host a myriad of associated species,” the archipelago’s Charles Darwin Foundation (CDF) said in a separate statement. 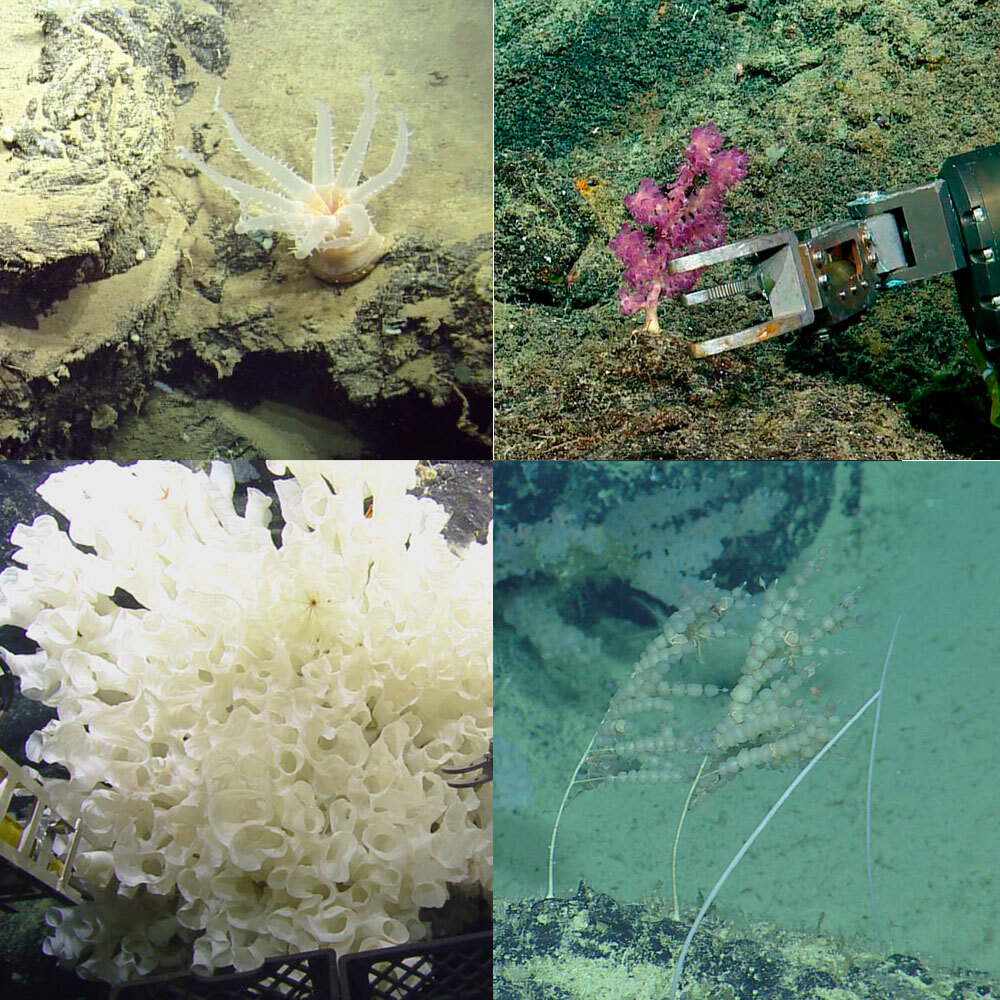 Scientists from the CDF, in collaboration with the National Park Directorate and the Ocean Exploration Trust, probed deep-sea ecosystems at depths of up to 3,400 meters (2 miles) using state-of-the-art Remote Operated Vehicles (ROVs).

The two ROVs, Argus and Hercules, were operated from the 64-meter (209-foot) exploration vessel Nautilus, which carried out the deep-sea probe in 2015. 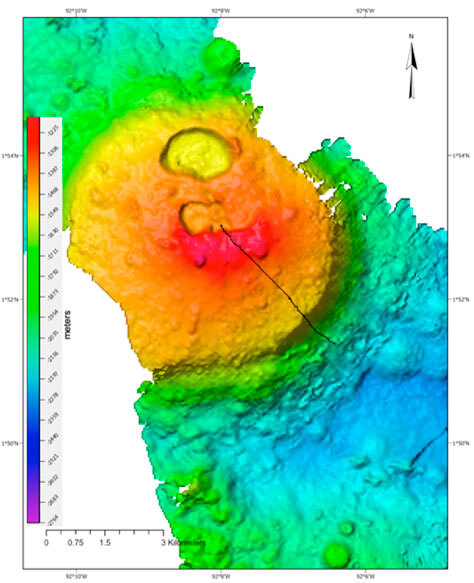 “The deep sea remains as earth’s last frontier and this study provides a sneak-peek into the least known communities of the Galapagos Islands,” said CDF marine scientist Pelayo Salinas de Leon, who led the study and announced its findings Monday.

The expedition explored for the first time three steep-sided underwater mountains, or seamounts, located near the islands of Darwin and Wolf in the archipelago’s north. The area is home to the world’s largest shark population. 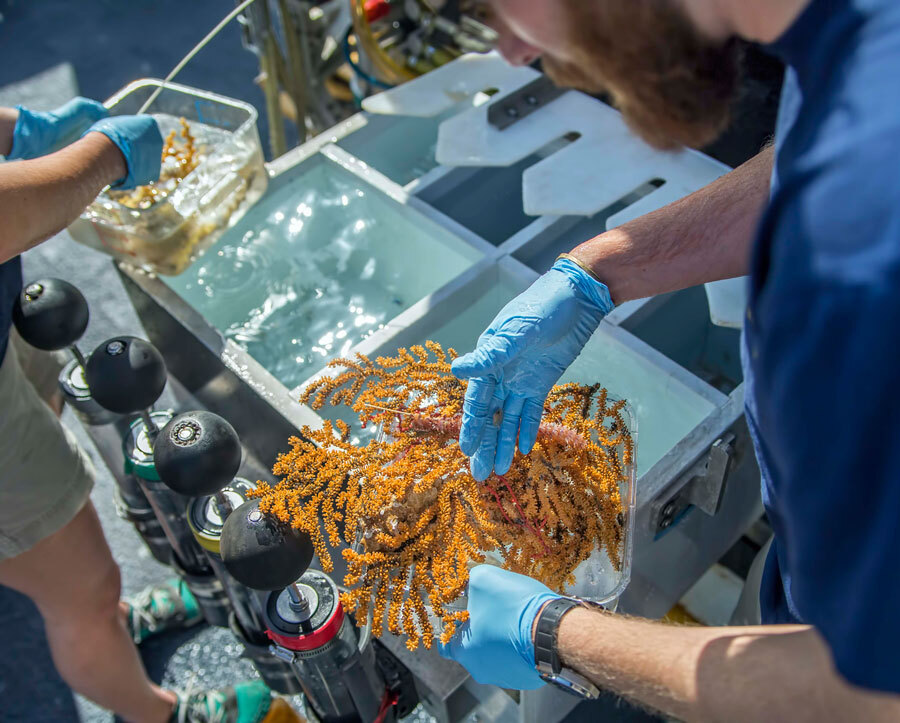 “These pristine seamounts are within the Galapagos Marine Reserve and are protected from destructive human practices such as fishing with bottom trawls or deep-sea mining that are known to have catastrophic impacts upon fragile communities. Now it is our responsibility to make sure they remain pristine for the generations to come,” Salinas de Leon said.

“The many discoveries made on this expedition showcase the importance of deep-sea exploration to developing an understanding of our oceans,” said Dr Nicole Raineault, Chief Scientist of the Ocean Exploration Trust.

“Since we never know what we’re going to find, we utilize land-based scientists who watch the ROV dives from home and communicate directly with the shipboard team in real time, to help determine what is truly new and worthy of further investigation or sampling.

“Scientists studying the resulting video, data, and specimens make an astonishing number of discoveries, reminding us how little we know about the deep sea,” said Raineault.

The Galapagos archipelago, located 1,000 kilometers (620 miles) west of Ecuador, is a fragile ecosystem that harbors the largest number of different animal species on the planet.