Earth is not the home you think it is. Far below the scant surface spaces we inhabit, the planet is teeming with an incredibly vast and deep ‘dark biosphere‘ of subterranean lifeforms that scientists are only just beginning to comprehend.

Hidden throughout this subsurface realm, some of the world’s deepest and oldest organisms thrive in places where life shouldn’t even exist, and in new research, scientists have quantified this ‘dark matter’ of the microbial world like never before.

“Ten years ago, we had sampled only a few sites – the kinds of places we’d expect to find life,” explains microbiologist Karen Lloyd from the University of Tennessee at Knoxville.

“Now, thanks to ultra-deep sampling, we know we can find them pretty much everywhere, albeit the sampling has obviously reached only an infinitesimally tiny part of the deep biosphere.” 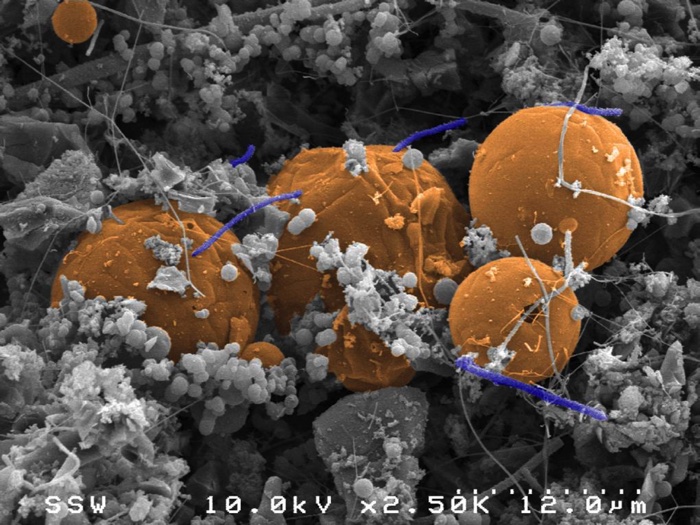 There’s a good reason why the sampling remains in its early stages.

In a preview of results from an epic 10-year collaboration by over 1,000 scientists, Lloyd and fellow researchers with the Deep Carbon Observatory (DCO) estimate the deep biosphere – the zone of life under Earth’s surface – occupies a volume of between 2 to 2.3 billion cubic kilometres (0.48 to 0.55 billion cubic miles).

That’s almost twice the volume of all the world’s oceans – another enormous natural environment that lies largely unexplored by humans.

And just like the oceans, the deep biosphere is an abundant source of countless lifeforms – a population totalling some 15 to 23 billion tonnes of carbon mass (between 245 to 385 times greater than the equivalent mass of all humans on the surface).

The findings, representing numerous studies conducted at hundreds of sites around the world, are based on analyses of microbes extracted from sediment samples sourced 2.5 kilometres (1.6 miles) under the seafloor, and drilled from surface mines and boreholes more than 5 kilometres (3.1 miles) deep. 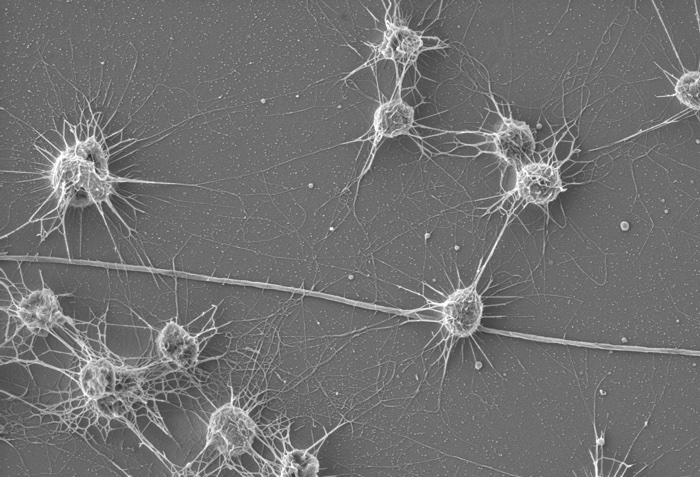 As for how many kinds of organisms we’re talking about, nobody knows.

But the Deep Carbon Observatory scientists say millions of distinct types are waiting to be discovered and characterised with these techniques.

“There is life everywhere, and everywhere there’s an awe-inspiring abundance of unexpected and unusual organisms.”

These lifeforms aren’t just unusual for their appearance and habitat, but the actual way they exist, with incredibly slow and long life cycles drawn out over near-geologic timescales, and – in the absence of sunlight – subsisting on meagre amounts of chemical energy harvested from their rocky surroundings.

“The strangest thing for me is that some organisms can exist for millennia,” Lloyd explained to The Guardian.

“They are metabolically active but in stasis, with less energy than we thought possible of supporting life.” 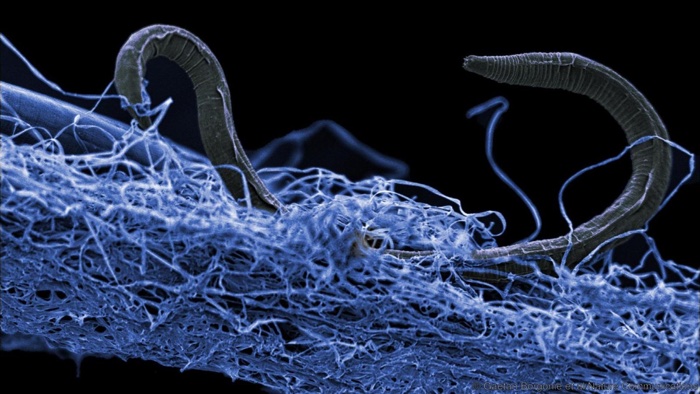 Above: Unidentified nematode (Poikilolaimus sp.) in a biofilm of microorganisms, from under Kopanang gold mine in South Africa.

Findings like that not only promote the idea that deep life could exist elsewhere in the Universe – hidden within the dark biosphere analogues of alien worlds - they also test our definition of what life actually is.

In a sense, the deeper we drill, the further we look back in time and evolutionary history.

“Molecular studies raise the likelihood that microbial dark matter is much more diverse than what we currently know it to be, and the deepest branching lineages challenge the three-domain concept introduced by Carl Woese in 1977,” Sogin explains in a statement.

“Perhaps we are approaching a nexus where the earliest possible branching patterns might be accessible through deep life investigation.”

The findings were presented on the eve of the 2018 American Geophysical Union (AGU) Fall Meeting in Washington, DC this week, and the DCO’s final report is due to be published in October 2019.