If you pictured a fight between a snake and a squirrel, you probably wouldn’t bet on the squirrel coming out on top.

But that’s exactly what happened in a particularly gruesome case in 2009, caught on camera by William Leggett, who was a ranger at West Texas’ Guadalupe Mountains National Park.

The photo below shows a rock squirrel (Otospermophilus variegatus) using both paws to grab what was identified as a desert whipsnake (Masticophis taeniatus), just below the snake’s head. 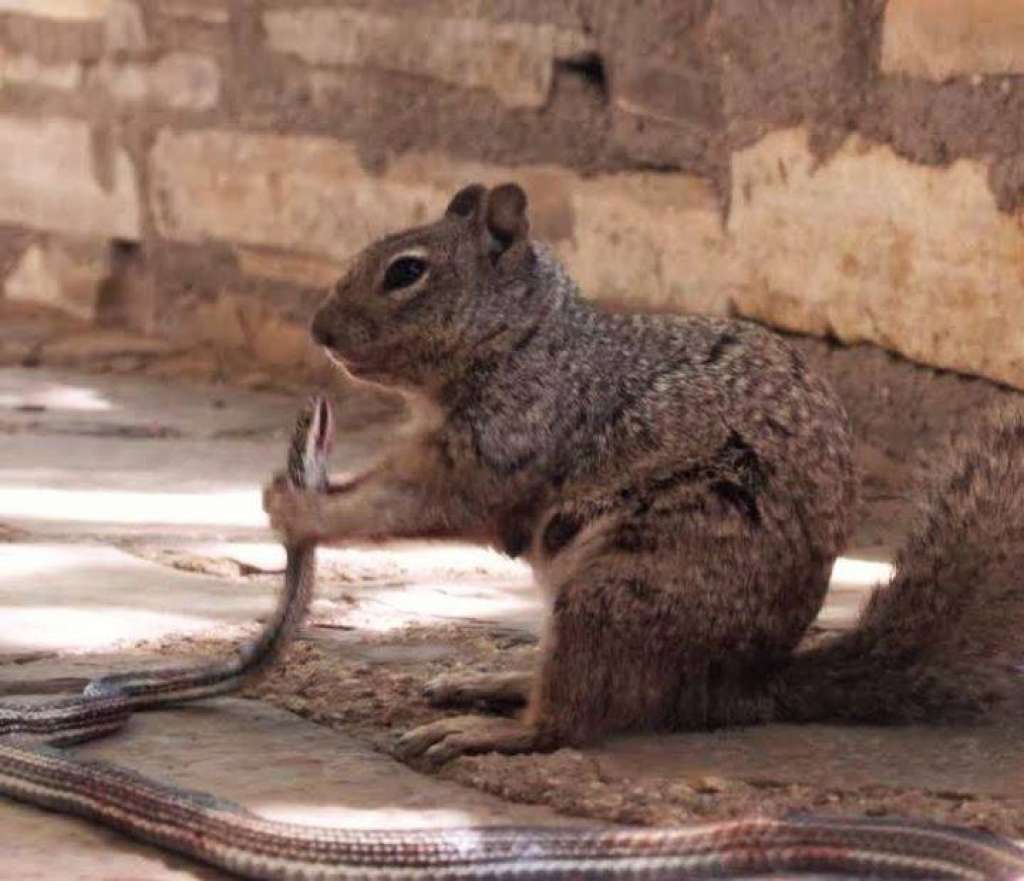 In later photos of the scene, the squirrel can be seen biting at the half-devoured snake. Yep, the fuzzy rodent ate nearly the whole thing.

“They’re opportunists,” Leggett, told HuffPost back in 2015. “Generally they’ll eat nuts and berries and other things that are easily available, but they’re also known to eat insects, lizards, snakes.”

The National Park Service (NPS) recently republished one of the photos on social media. According to the caption, the squirrel devoured most of the snake, including the bones, down to the last 2 inches (5 centimetres) or so. 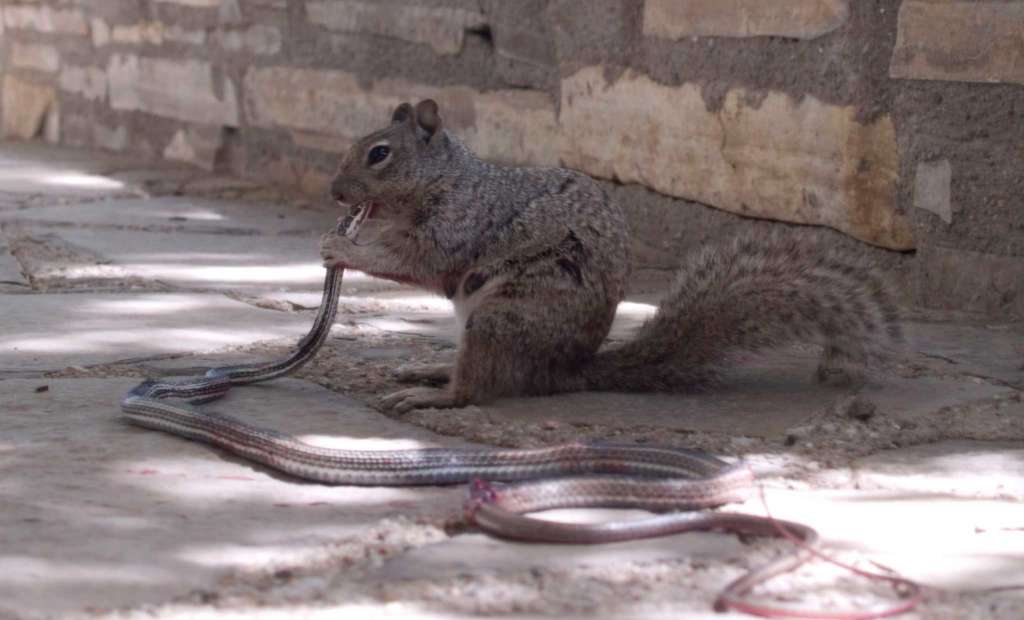 In 2007, research was published in the Proceedings of the Royal Society B: Biological Sciences suggesting that ground squirrels might use discarded rattlesnake skins to avoid predation. The squirrels chew on the skins and then groom themselves, potentially to mask their own scent with that of the snake.

There’s also a video – which has since been removed from YouTube – of an African squirrel which took multiple bites out of a very unimpressed snake back in 2016. 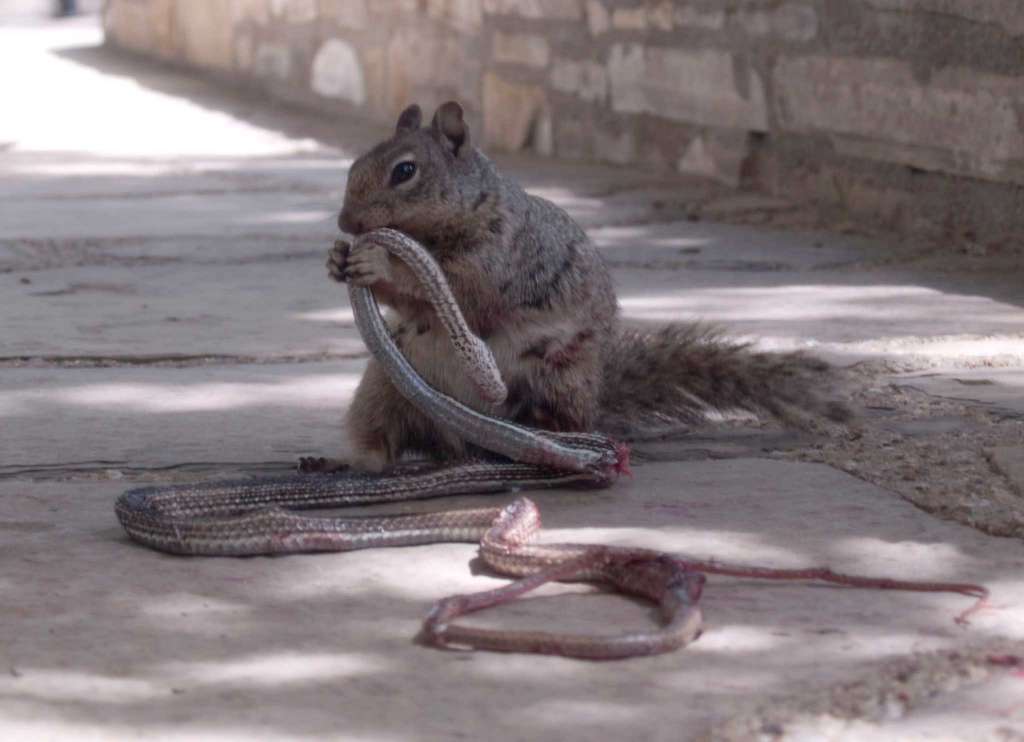 NPS public information Elizabeth Jackson told San Antonio Express-News back in 2015 that the photo was “from the vault” and was a way to educate their followers about nature.

“I’m fascinated with the wildlife we have out here,” she said. “It’s interesting to see what most people don’t witness.”