Dropping a mirror on Earth is only minor cause for concern, perhaps about the potential of some upcoming bad luck.

Dropping a mirror while on a spacewalk means creating a potentially dangerous new piece of space junk, all while thousands of people watch it happen, streaming live.

A small mirror came loose from International Space Station Commander Chris Cassidy’s spacesuit at the start of a spacewalk on 26 June 2020.

The mirror floated away right after Cassidy emerged from the ISS in orbital darkness to begin a six-hour EVA to upgrade power systems on the station’s exterior. 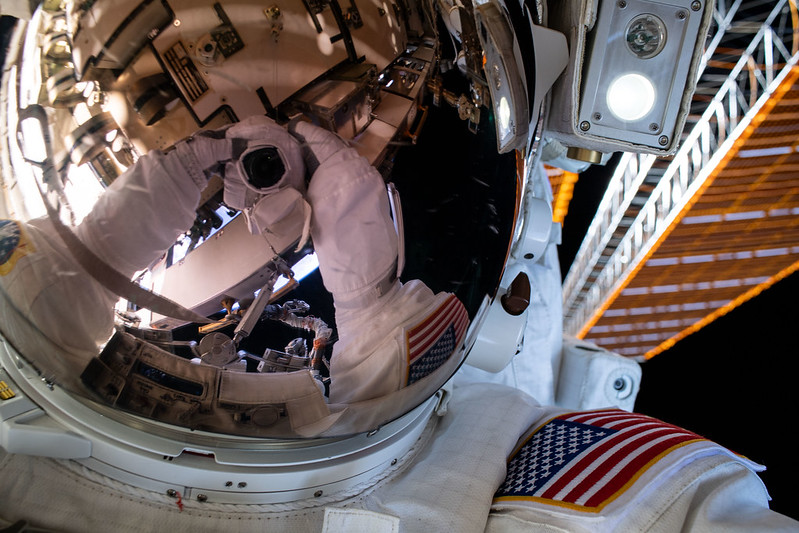 Spacewalking astronauts have mirrors on each sleeve to get better views while working, since the spacesuit helmets limit the field of view. The mirror is just 5-by-3 inches (7-by-12 centimeters), and according the Associated Press, together with its band has a mass of barely one-tenth of a pound (50 grams).

Cassidy inspected his spacesuit sleeve later while in sunlight but didn’t see any clues that might explain why the mirror came off. NASA said later that the lost item posed no risk to either the spacewalk or the ISS.

In fact, a number of space shuttle windows needed to be replaced because of damage caused by material that was analyzed and shown to be paint flecks.

Space junk continues to be a problem without a definite solution. There have been designs for space nets, harpoons or vacuums to gather up small debris.

But some say the most effective way to solve the space junk problem is an international agreement to charge operators “orbital-use fees” for every satellite put into orbit. No word on possible “user fees” for any items lost during a spacewalk. 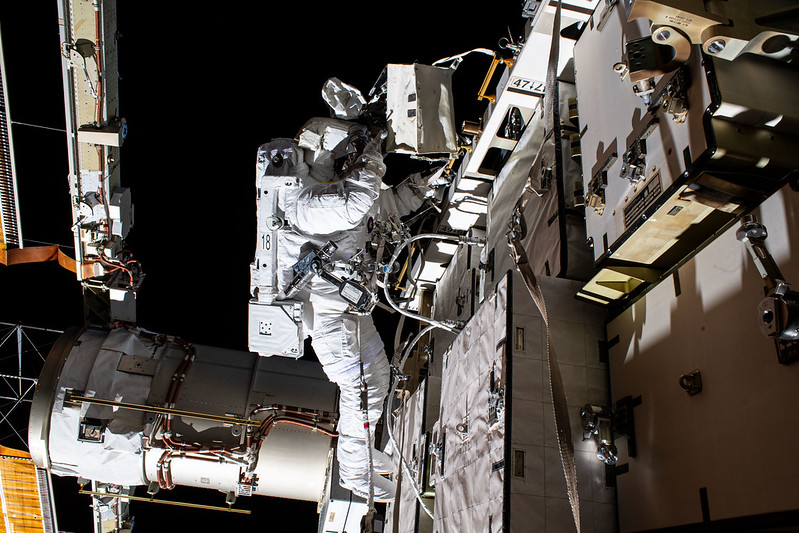 They will go out again on Wednesday, July 1 starting at 7:20 am EDT to swap one more NiH2 battery for a Li-Ion battery on the Starboard-6 truss structure.