If you’re a Star Trek fan, you may think the above image portrays the “Nexus” from the movie Star Trek: Generations. In the film, the Nexus was a ribbon-like extra-dimensional realm that exists outside of normal space-time.

But this is actually a real image from the venerable Hubble Space Telescope, of the Cygnus Loop.

This stunning picture from space shows just a small portion of a blast wave left over from a supernova that took place, from our vantage point, in the northern constellation Cygnus the Swan.

The original supernova explosion blasted apart a dying star about 2,600 light-years away.

This star was approximately 20 times more massive than our Sun, and the blast likely occurred between 10,000 to 20,000 years ago. Since then, the remnant has expanded 60 light-years from its center. 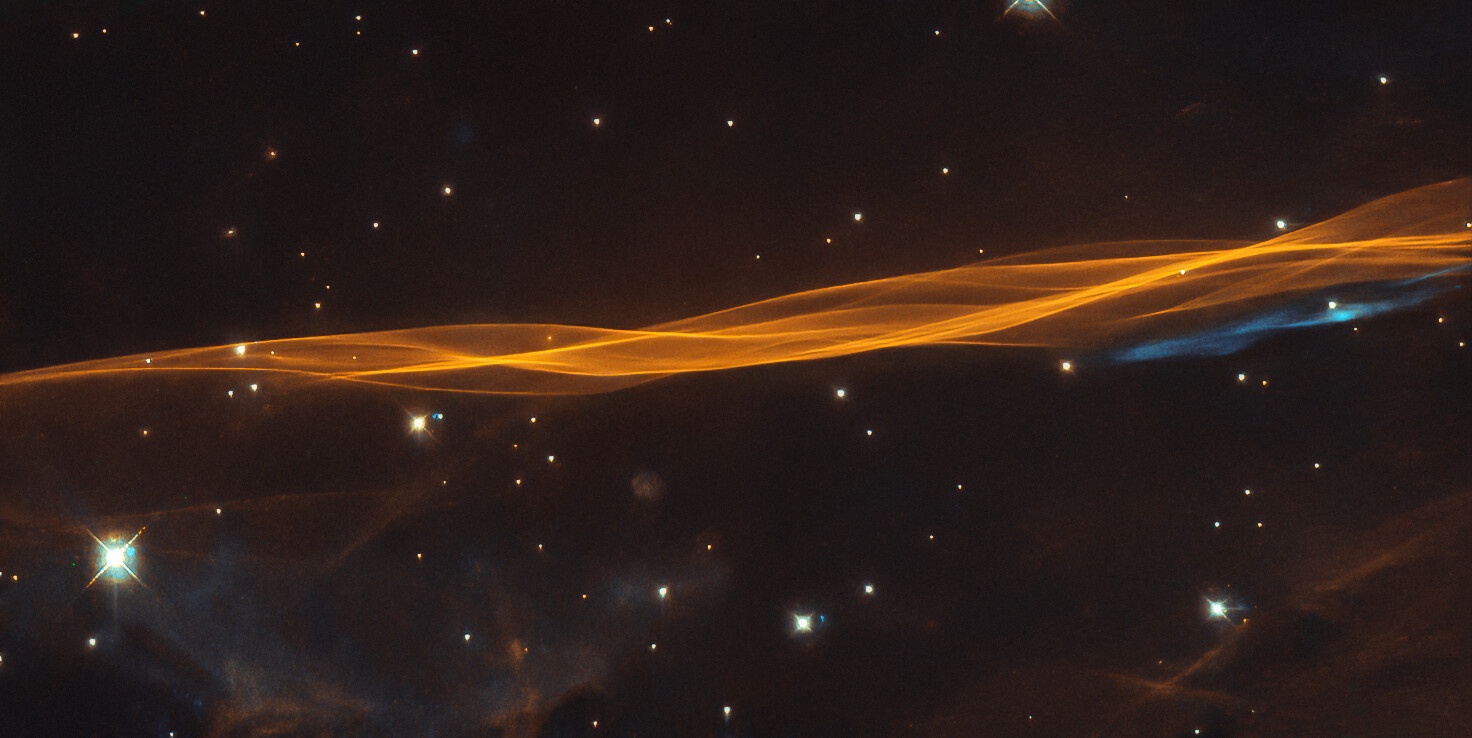 The shockwave marks the outer edge of the supernova remnant and continues to expand at incredible speeds, around 350 kilometers per second. The interaction of the ejected material and the low-density interstellar material swept up by the shockwave forms the distinctive veil-like structure seen in this image.

In Star Trek lore, if you were inside the Nexus, you existed in a perfect, idealized world. Staring at an incredible image like this makes you consider that something like that might just be possible. This 1991 Hubble image shows a small section of the Cygnus Loop. (NASA/Hubble) 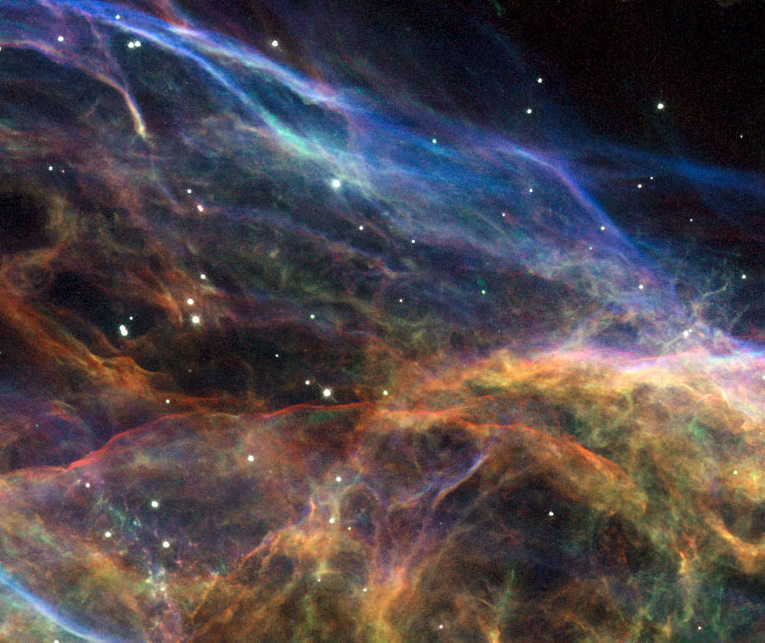