Any species reaching for the stars is bound to have its fingertips singed. Probably more than once.

One of NASA’s latest posts on the Astronomy Picture of the Day website is an iconic reminder of the mishaps in our spacefaring history.

“A flying saucer from outer space crash-landed in the Utah desert after being tracked by radar and chased by helicopters,” states the photo description, although NASA is not hinting at an alien visit here.

The banged-up dish, half-buried in the desert sand, was actually the return capsule of the Genesis spacecraft. And it wasn’t supposed to touch down in such a brutal way.

Launched on 8 August 2001, the Genesis mission was the space agency’s ambitious effort to send a spacecraft into our home star’s solar wind, gather samples, and return them to Earth.

To bring us solar wind samples, the Genesis craft was equipped with a sample return capsule holding a canister of solar wind materials, gathered when the craft spent two years orbiting Lagrange point 1 – one of the spots in space where the gravity from Earth and Sun are precisely balanced.

The craft captured the solar wind by folding out a series of collector arrays, each loaded with high-purity materials such as aluminium, sapphire, silicon, and even gold. 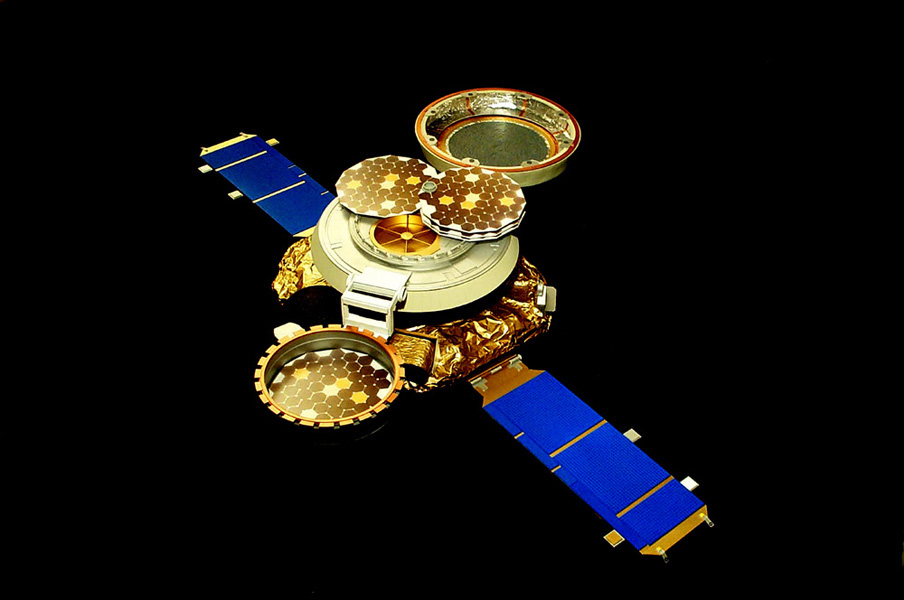 “The materials we used in the Genesis collector arrays had to be physically strong enough to be launched without breaking; retain the sample while being heated by the Sun during collection; and be pure enough that we could analyse the solar wind elements after Earth-return,” project scientist Amy Jurewicz explained on 3 September 2004.

Five days later, that sample capsule and its precious arrays smashed into the ground in Utah, at an estimated speed of 310 km/h (193 mph). 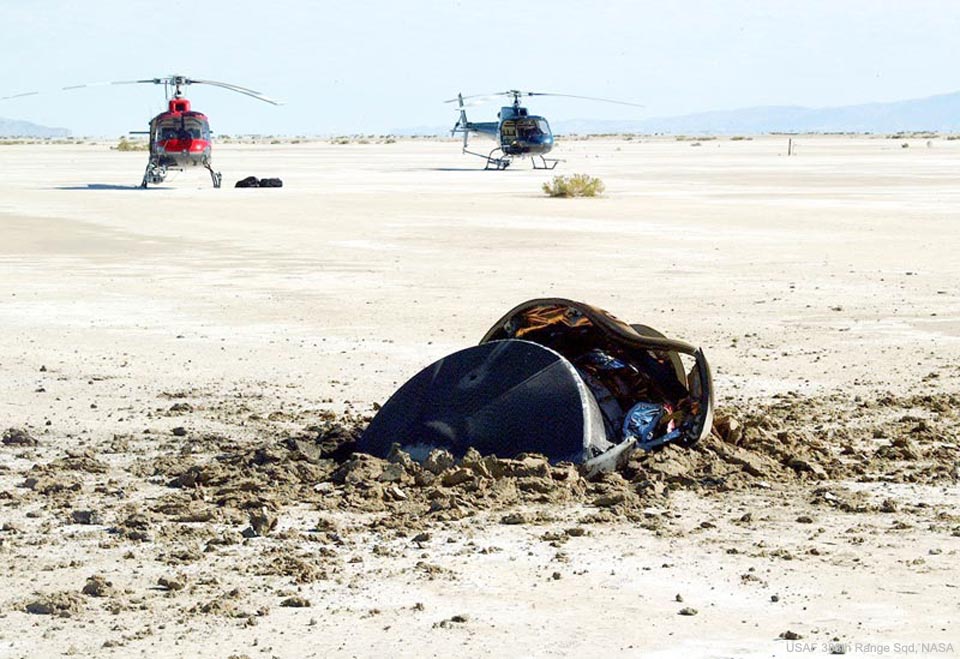 What was supposed to happen was rather different – 127 seconds after re-entering the atmosphere, a mortar aboard the capsule would blow, releasing a preliminary parachute for slowing and stabilising the descent.

Then, a main parachute was to inflate, providing the capsule with a gentle descent into the Utah Test and Training Range.

In the crash photo, you can see helicopters – they were hovering nearby, ready to snag the capsule mid-air and ferry it directly to a cleanroom to avoid contamination of the samples.

Neither of those parachutes deployed.

After a thorough investigation, the error was traced back to a set of sensors, barely the size of the metallic end of a pencil. They had been installed backwards.

These tiny devices were supposed to detect the increasing g-forces as the capsule plummeted towards the ground, and trigger the deployment of the parachutes.

As you can imagine, the crash led to severe damage, breaking several of the arrays and contaminating the precious cargo within.

Once the sample capsule was retrieved from the heart-sinking site of its demise, the project team set about to retrieve anything that could still be recovered and studied. 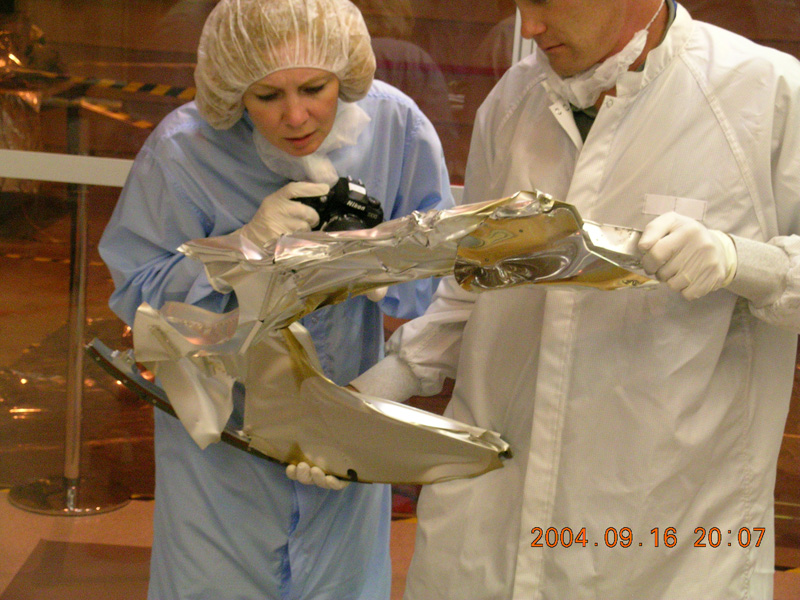 One of the Genesis team, Karen McNamara, inspects the damage on the capsule (NASA)

Thankfully, the Genesis mission wasn’t completely ruined, even after such a dramatic arrival of the sample capsule. Some of the sturdy collector materials survived, and researchers managed to clean the surfaces without disturbing the solar material embedded within.

Within three years, a series of papers were published on the Genesis findings. Thanks to the daring mission, we learned unprecedented details about the composition of the Sun and the elemental differences between our star and the inner planets of the Solar System.

“The Sun houses more than 99 percent of the material currently in our Solar System, so it’s a good idea to get to know it better,” Genesis principal investigator Don Burnett from California Institute of Technology said in 2011.

“While it was more challenging than expected, we have answered some important questions, and like all successful missions, generated plenty more.”

The First Stars May Have Been Heavier Than 100,000 Suns
Astronomers Find What May Be a Habitable World 31 Light-Years Away
US Shoots Down Chinese Surveillance Balloon: What Can They Actually See?
JWST Has Accidentally Detected a Tiny Asteroid ‘Hidden’ Between Mars And Jupiter
Astronomers Pinpoint The Mysterious ‘Engine’ of a Super-Powerful Intergalactic Light