The mission was historic. But equally memorable is the famous “Earthrise” photo that resulted, showing Earth rising above the lunar landscape.

Until that point, no human eyes had ever seen our blue marble from so far away.

In Life’s 100 Photographs That Changed the World, acclaimed wilderness photographer Galen Rowell described the unprecedented view of Earth as “the most influential environmental photograph ever taken.”

The image of our planet, which seems so small and vulnerable in the blackness of space, made people more aware of its fragility.

Earthrise is now one of the most reproduced space photos of all time, appearing on US postage stamps, posters, and the cover of Time magazine in 1969. 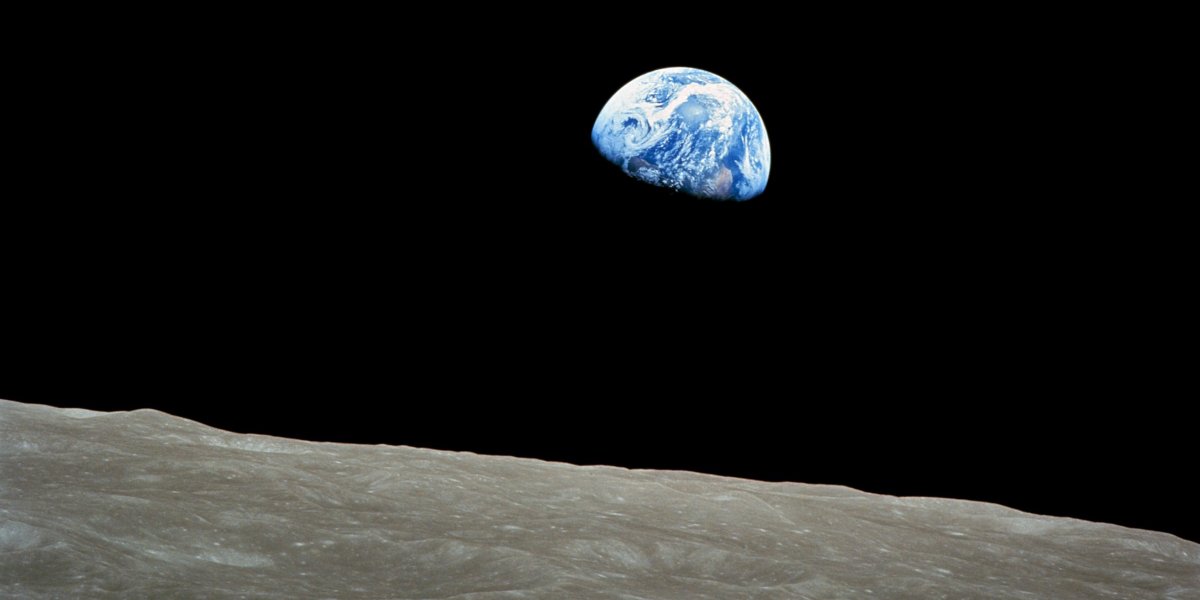 Many have pointed out the irony of the photo, since Apollo 8 was sent to study and take pictures of the Moon’s surface – not Earth.

“Of all the objectives NASA had set before launch, no one had thought of photographing the Earth from lunar orbit,” Robert Zimmerman wrote in his book Genesis: The Story of Apollo 8: the First Manned Flight to Another World.

The famous photo was taken during the mission’s fourth pass around the Moon, at which point the spacecraft had changed its orbit, making it possible to see the Earth above the lunar horizon.

None of the astronauts were prepared for that moment, including lunar module pilot Anders, who had been put in charge of photography.

In an interview for a BBC documentary, Anders described the sequences of events like this:

I don’t know who said it, maybe all of us said, ‘Oh my God. Look at that!’ and up came the Earth.

We had had no discussion on the ground, no briefing, no instructions on what to do. I jokingly said, ‘well it’s not on the flight plan,’ and the other two guys were yelling at me to give them cameras.

I had the only colour camera with a long lens. So I floated a black and white over to Borman. I can’t remember what Lovell got. There were all yelling for cameras, and we started snapping away.

Initially, both Borman and Anders claimed responsibility for the now-famous picture. An investigation of transcripts later revealed that Borman, who was the first to recognise the importance of the moment, took a black-and-white photo before Anders snapped the iconic colour photograph.

Fred Spier, a senior lecturer at the University of Amsterdam, notes in his article “The Elusive Apollo 8 Earthrise Photo” that Borman and Lovell each played a crucial part in prompting Anders, who had the only colour camera, to take the shot.

“Space rookie William Anders, however, was in charge of taking the photos. In doing so, Anders had to follow a rather tight and well-defined photo plan, in which there was little or no room for unplanned snapshots.”

Spier continued: “Anders first offered some resistance and then quickly did what the other told him to do. Although it now seems beyond doubt that Anders actually snapped the famous picture, it also seems fair to say the picture came as a result of the combined efforts of all three astronauts.”