Development of the James Webb Space Telescope (JWST) has been beleaguered by delays since the project started all the way back in 1996. But a major milestone has brought the finale closer: the glorious machine has now been fully assembled for the first time.

The space observatory is being built at the facility of aerospace technology company Northrop Grumman in California, and they’ve just successfully connected both halves of the JWST – the telescope and mirrors constituting one, and the sunshield and spacecraft the other.

“The assembly of the telescope and its scientific instruments, sunshield and the spacecraft into one observatory represents an incredible achievement by the entire Webb team,” said Webb project manager Bill Ochs of the NASA Goddard Space Flight Center.

“This milestone symbolises the efforts of thousands of dedicated individuals for over more than 20 years across NASA, the European Space Agency, the Canadian Space Agency, Northrop Grumman, and the rest of our industrial and academic partners.” 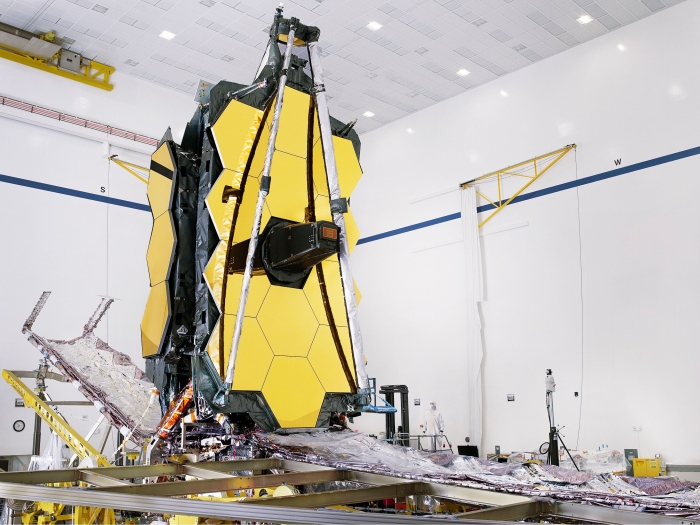 The JWST is the long-awaited successor to the Hubble Space Telescope, and its launch has been delayed several times, due to budgetary reasons and technical challenges.

Hubble, which launched in 1990, is running out of time. Its last service mission was in 2009; since then, its parts have been failing – Hubble has already lost three of its six gyroscopes. However, the observatory could last another decade or two, if we’re really lucky.

The JWST is now slated for a March 2021 launch, and it seems to be pretty on schedule. And there is definitely room in the skies for both telescopes. Webb’s mirror is 6.5 metres (21 feet) in diameter compared to Hubble’s 2.4-metre (7.9 foot) mirror.

In addition, the Webb telescope will be observing the skies in slightly different and longer wavelengths, from the visible to the mid-infrared. Hubble’s capabilities range from ultraviolet to near-infrared – so Webb will be able to peer across longer distances to see objects at high redshifts, such as early-Universe galaxies, that are invisible to Hubble. 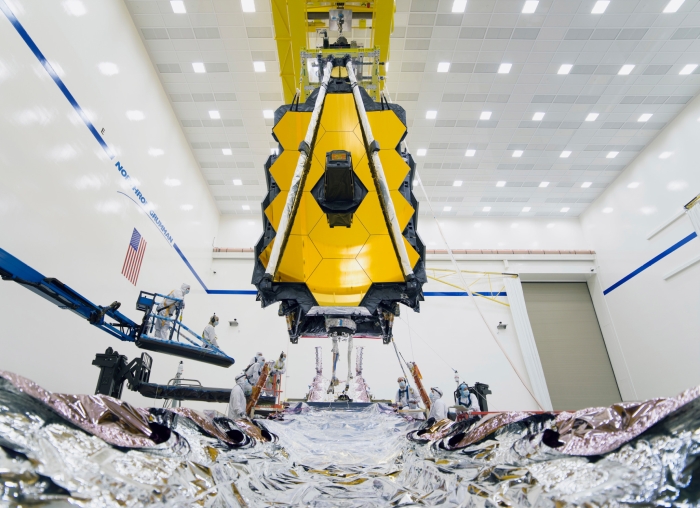 Webb will also need to be kept at a very cold operating temperature in order to observe mid-infrared wavelengths, since thermal infrared radiation can interfere with the signal – that’s what the complex five-layer sunshield is for.

The next step for the Webb team will be to fully deploy this sunshield. This is the part that had technical problems in 2017 – several tears were discovered in the silicon- and aluminium-coated polyimide sheets, attributed to “workmanship error”.

The sunshield has since been tested individually, as have all the other components. Now the aim is to see if they work as intended on the fully assembled telescope, with a full battery of deployment and environmental tests.

“This is an exciting time to now see all Webb’s parts finally joined together into a single observatory for the very first time,” said Webb program director Gregory Robinson of NASA HQ.

“The engineering team has accomplished a huge step forward and soon we will be able to see incredible new views of our amazing universe.”

Helping Your Kid With Homework Probably Isn’t Benefiting Them Like You Think It Is
The Moon Stole Something From Deep Inside Earth Eons Ago, and Scientists Can Prove It
Scientists Just Broke The World Record For The Most Powerful Stable Magnetic Field
Children in Japan Learn to Walk in a Subtly Different Way, Scientists Find
Scientists Have Found A New Way to Detect Alien Worlds Beyond Our Solar System