In photosynthesis, plants convert energy from sunlight into glucose by rearranging molecules of water and carbon dioxide. The new process mimics this natural ability via chemical manipulations that create liquid fuel, without requiring chlorophyll.

“The goal here is to produce complex, liquefiable hydrocarbons from excess CO2 and other sustainable resources such as sunlight,” says chemist Prashant Jain from the University of Illinois at Urbana-Champaign.

“Liquid fuels are ideal because they are easier, safer, and more economical to transport than gas.”

The benefits of realising artificial photosynthesis at scale would be massive, giving us a clean, self-sustaining energy source that might one day power our homes and cars, simply by mimicking what plants and other organisms do by default. 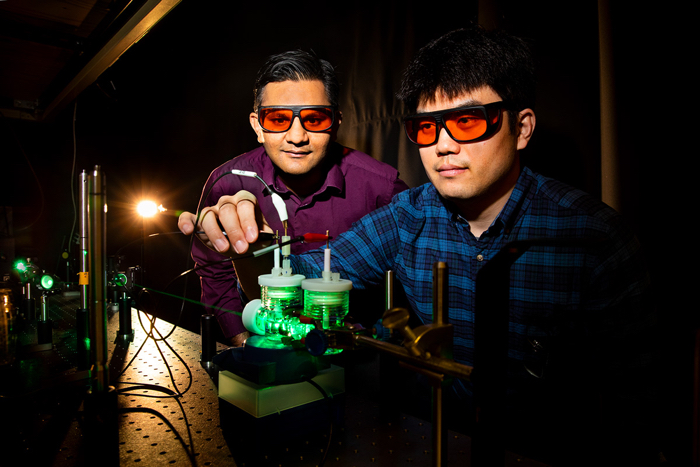 Because of this, scientists all around the world are continually looking into how to harness solar energy as an unlimited, photosynthetic fuel source, not least because it could also provide a means of helping us repurpose harmful atmospheric CO2.

Jain’s new research builds upon previous work he led in 2018 investigating the use of gold nanoparticles as a substitute for chlorophyll – a pigment that acts as a catalyst in natural photosynthesis, helping to drive the chemical reaction.

“Scientists often look to plants for insight into methods for turning sunlight, carbon dioxide and water into fuels,” Jain said at the time.

In those experiments, the team found that tiny spherical gold particles measuring only nanometres in size could absorb visible green light and transfer photo-excited electrons and protons.

The new study goes further with the same technique, converting CO2 into complex hydrocarbon fuel molecules – including propane and methane – which are synthesised by combining green light with the gold nanoparticles in an ionic liquid.

“In this approach, plasmonic excitation of [gold] nanoparticles produces a charge-rich environment at the nanoparticle/solution interface conducive for CO2 activation,” the researchers explain in their paper, “while an ionic liquid stabilises charged intermediates formed at this interface, facilitating multi-step reduction and C–C coupling.” 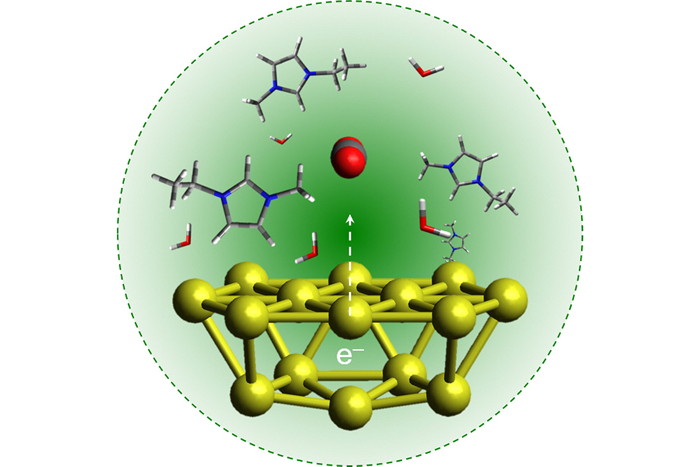 In addition to propane and methane, the method also enables ethylene, acetylene, and propene to be photosynthesised – complex molecular arrangements that could one day enable viable energy storage in fuel cells.

“Because they are made from long-chain molecules, [liquid fuels] contain more bonds,” Jain says, “meaning they pack energy more densely.”

Still, as with other methods used to generate artificial photosynthesis, the practicality of the breakthrough will ultimately hinge on its efficiency – and its ability to be implemented in the real world.

On that front, the researchers acknowledge they now need to refine the ability of gold nanoparticles to drive these chemical conversions, and investigate how potential future applications could work at scale.

“I think we’ll need at least a decade to find practical CO2-sequestration, CO2-fixation, fuel-formation technologies that are economically feasible.

“But every insight into the process improves the pace at which the research community can move.”

Scientists Achieved Self-Sustaining Nuclear Fusion… But Now They Can’t Replicate It
Hubble’s Closeup of The Orion Nebula Looks Like a Surreal Dreamscape
Scientists Say ‘Space Bubbles’ Could Shield Earth From The Sun, But Would It Work?
Jupiter’s Ice Moon Europa Probably Has Upside Down, Underwater Snow
Helping Your Kid With Homework Probably Isn’t Benefiting Them Like You Think It Is